Dr. Stevens is a licensed Physical Therapist. Dr. Stevens earned his B.S. in Kinesiology with a concentration in Exercise Science at James Madison University in Harrisonburg, Virginia. Dr. Stevens grew up in North Andover and graduated from NAHS in 2015.

She earned her Doctorate of Physical Therapy (DPT) at the Massachusetts College of Pharmacy and Health Science in Worcester, MA.

Through her education, Dr. Stevens had the opportunity to gain clinical experience in orthopedics, geriatrics, and pediatrics at Hingham Physical Therapy, Cambridge Health Alliance, and Elizabeth Seton’ Children School in Westchester County of New York.

Dr. Stevens has a background in gymnastics, competing for more than 15 years. Her greatest accomplishments were competing as a Level 10 gymnast at Junior Olympic National Championships. Throughout her years as a highly competitive gymnast, Dr. Stevens experienced multiple injuries which brought her to OFF-SEASON Sports & Physical Therapy as a patient. Her ability to return to gymnastics and be successful in competition, helped cultivate her dreams to become a Physical Therapist herself. 10 years later, Dr. Stevens is now a part of the OFF-SEASON team and a fellow of Dr. Katelyn McMahon’s Dance and Performing Arts Rehabilitation program. Dr. Stevens plans to improve her clinical skill sets with a certification in Dry Needling and become a Certified Strength and Conditioning Specialist. ​ 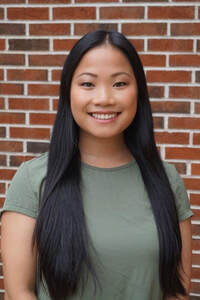